Share this article：
The number of views：958
■ Date: Mar 31, 2022
China’s Green Electricity Pilot Trade In a Nutshell
Author of this article 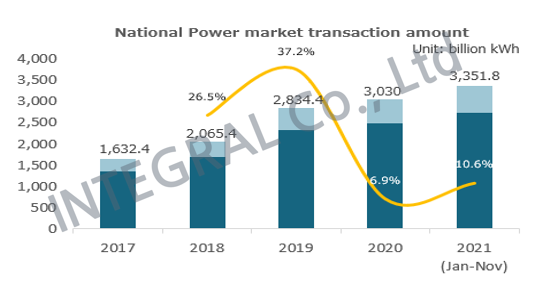 Sources : (1) 中国电力企业联合会, 2017, 2018, 2019, 全国电力市场交易信息; (2) 中国电力企业联合会, 2021-12-31, 1-11月份全国电力市场交易简况; (3) 电力规划设计总院, 2021-07-14,中国电力发展报告2020; (4) 北京电力交易中心, 2021-05-06, 北京电力交易中心2020年电力市场年报; (5) 广州电力交易中心, 2021-07-20., 2020广州电力交易中心社会责任报告,
While within this marketisation, the sellers in most of the market transactions are coal-fired generators. A majority of the electricity generated by RE generators is procured by grid companies, which is planned by the government, leaving limited space for market participants to purchase. Under the conventional program, corporate buyers faced a lot of challenges when procuring green electricity from a specific RE generator, due to 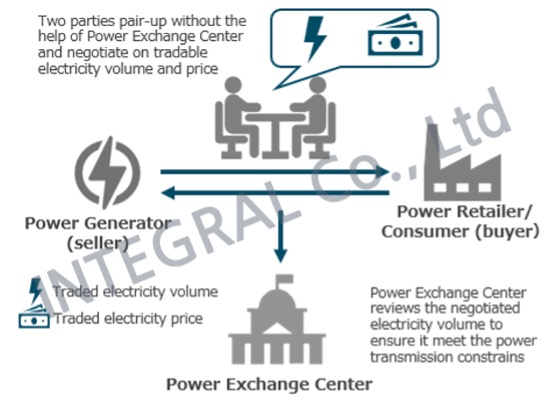 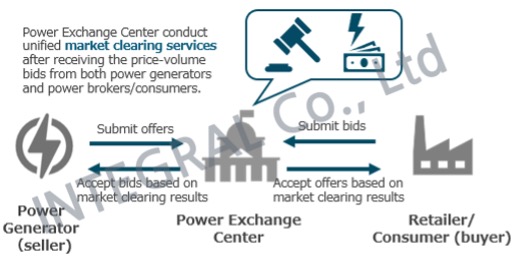 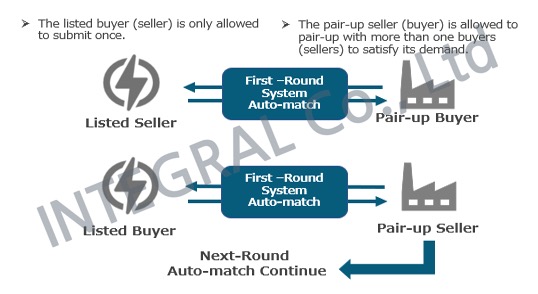 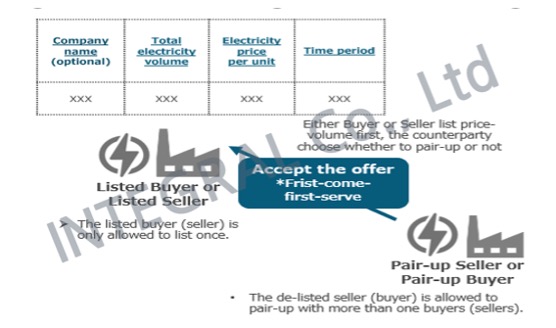 Figure 7: Two types of markets in the green electricity pilot trade
A corporate buyer can choose to participate in the wholesale market to directrly enter a PPA with a RE generator (or multiple RE generators) . Alternatively, it can procure green electricity in the retail market, either through a grid company or an electricity retail company. It should be noted that it is not allowed for a corporate to join the wholesale and retail market at the same time, neither can the corporate purchase electricity through more than one retail company throughout a specific duration of a contract. 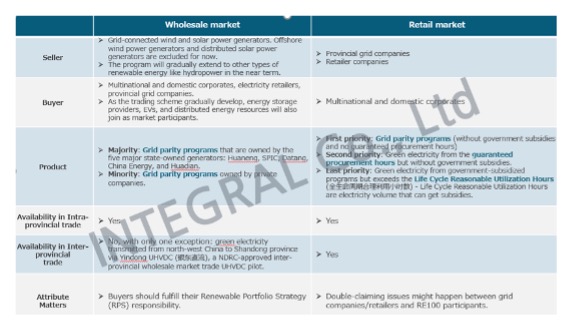 Figure 8: Green electricity pilot trade snapshot
The key point should pay attention to from a corporate buyer’s perspective:
The point should be paid attention to is the responsibility to fulfill Renewable Portfolio Strategy (RPS) targets, and the potential to lead to the double-claiming issue. In the final part of the article, we will explain more details about this issue.
BMW Brilliance achieved this mainly through three methods,
1) Purchase wind power (could imply provincial PPA and other markets transaction methods with the local grid company);
2) Self-generation of distributed solar PV;
3) Purchase of I-REC.
Among the buyers who participated in the green electricity pilot trade, BMW Brilliance was ranked first in the pilot trade program by completing a total volume of 2.78 billion kWh of green electricity with China Power International Development Limited, fulfilling most of the demand of green electricity of its production base in Shenyang, Liaoning province. According to the public news, it is likely that they purchase in the wholesale market and directly deal with the RE generator, rather than purchase through a retailer. 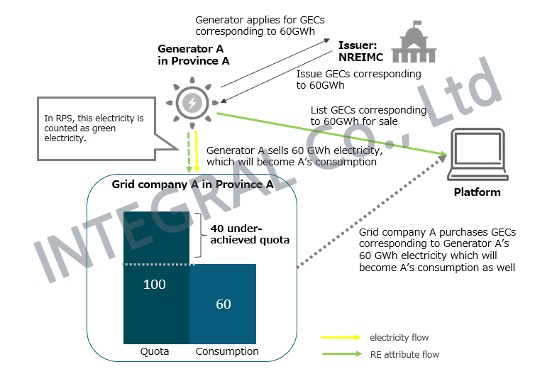 Figure 10: Double-counting under China’s GEC system
The graph above shows the concerns of double-counting issues in China’s GEC system when China launched it. GEC is issued based on the generation amount of centralised PV and centralised onshore wind generators to send to the central grid. For example, a grid company purchases GECs from a centralised solar PV project and count the GECs into its RPS target, while at the same time, the grid physically consumes the electricity generated from the same solar PV generator through guaranteed procurement, and count the consumption amount into its RPS target again. Thus, double-counting may occur in the situation. So far, how to avoid double-counting is unclear under the RPS system. It leads to double-claiming as well. (See below) That’s the reason why some RE100 participants prefer to buy other unbundled certificates like TIGR, Tradable Instruments for Global Renewables. (TIGR: https://apx.com/about-tigr/).
2) Double-claiming issue if the corporate buyer aims to achieve RE100.
According to RE100 criteria, it requires exclusive ownership of environmental claims to guarantee property rights andprovide exclusive issuance, trading, and retirement of attributes from a generator to a consumer.

Figure 11: Double-claiming under RPS system
While under the current system of Renewable Portfolio Standards (RPS), double-claiming happens if the claim of consumption is used twice by two different entities. For example, in the retail market, according to the RPS policy, a retailer is obligated to purchase a certain percentage of green electricity in his total purchase amount and sell this percentage of green electricity in the retail market, while a consumer in the retail market does not need to fulfill RPS responsibility. In this case, a consumer may claim his consumption of a certain amount of green electricity, while the retailer who sells the green electricity to this consumer may also claim his ownership of the same amount of electricity to achieve his RPS targets. (To read more about GEC system: 【What is the Green Electricity Certificate in China? Will it Lead to New Opportunities? 】)
In a real case, previously in Guangdong’s retail market, even when the attribute belongs to users as written in the retail contract, the power exchange center still counts green electricity attributes for retailers as responsible market entities while consumers need the attributes for environmental claims. According to the interviews with two retailers in Guangdong, corporate buyers have been complaining about the double-claiming issues to the power exchange center.
The way to avoid double-claiming is one of the key considerations for corporate buyers. It is suggested that they should keep an eye on PX’s rules or grid companies on how to address this issue.
3) Inter-provincial trade does not develop as smoothly as expected, compared with intra-provincial trade.
There is a significant mismatch between electricity demand and available renewable resources in China. To solve this mismatch to increase the consumption of renewable energy, inter-provincial trade has been actively promoted by the national government. However, currently, inter-provincial trade has not yet developed as mature as intra-provincial trade under the pilot trade scheme, due to:
With that being said, some provinces may have advantages for inter-provincial trade over other provinces. For example,
1) Power trades in Jing-Jin-Ji areas (Beijing-Tianjin-North Hebei area) are considered intra-provincial trades. If retailers/consumers from Beijing want to purchase green electricity cross-provincially, it would be easier for them to purchase from Tianjin or Hebei province.
2) Retailers/consumers in Shandong can purchase green electricity or coal-fired power generated from Ningxia, Gansu, and Shannxi province via Yindong DC, an NDRC-approved pilot DC SHV transmission line for inter-provincial trade between generators and retailers/consumers.
Prospects