As the reuse of retired power battery is still in the early stage of the industry, in policy-driven China when the market and industrial chain are not complete, the guidance and support from government is especially crucial. This article thus tries to discuss what are current policies that related to power battery reuse, how they exert influence on the industry and what is the trend for future policies.
From central to the local-level, policies regarding power battery reuse in China can be roughly divided into two stages:
1) Development promotion:
At the initial stage when the concept of “power battery recycling and reuse” (now officially named as comprehensive utilization) was proposed, there were very few battery scrap and battery recycling companies on the market. The relevant technical specifications were not yet complete, nor had the recycling system for power battery been established. Policies introduced at that time were mostly encouraging policies, which provided special subsidies for battery recycling companies. Yet there were neither specific recovery requirements nor corresponding punishment mechanism.
2) Development standardization:
With the increase in the number of scrap batteries and the increasing economic value, a large number of battery recycling companies sprang up. However, many of these companies are small, workshop-type enterprises with simple equipment and barely no advanced technology, which would result in huge waste of resources and environmental pollution.
In this context, government policies began to change approximately in 2017, gradually reducing the intensity of financial subsidies, and instead formulating stricter technology and environmental protection policies, clarifying the main body of responsibility, establishing punishment mechanism, and focusing on the regulation of the industry development.
From the perspective of policy-making main body, the policy system regarding power battery reuse in China consists of three parts: 1) top-down design from central level, 2) policies formulated by ministries, and 3) policies issued by local governments.
1). Top-down design from central level
On April 29, 2020, the Standing Committee of the National People’s Congress deliberated and passed the “Law of the People's Republic of China on the Prevention and Control of Environmental Pollution by Solid Waste (2020 Revision) 中华人民共和国固体废物污染环境防治法”, requiring manufacturers of vehicle power batteries to establish reused product recycling system in accordance with sold product quantity either by self-built or entrusting others. This is the first time that the recycling of power batteries was regulated in a law.
Subsequently, on March 5, 2021, the State Council also clearly stated in the "Government Work Report政府工作报告" to "speed up the construction of collection system of reused power batteries”.
It can be said that national-level policies have laid a solid foundation for stakeholders along the value chain to firmly develop battery reuse industry.
2). Policies formulated by ministries
In February 2006, the National Development and Reform Commission (NDRC) and the Ministry of Science and Technology (MOST) issued the "Automobile Product Recycling Technology Policy汽车产品回收利用技术政策", which for the first time proposed that electric vehicle (including hybrid electric vehicles, etc.) manufacturers should be responsible for the collection and treatment of EV batteries they sold.
Till now, a total of 21 ministries’ regulations and policies and as many as 12 national standards have been issued (4 more under drafting). 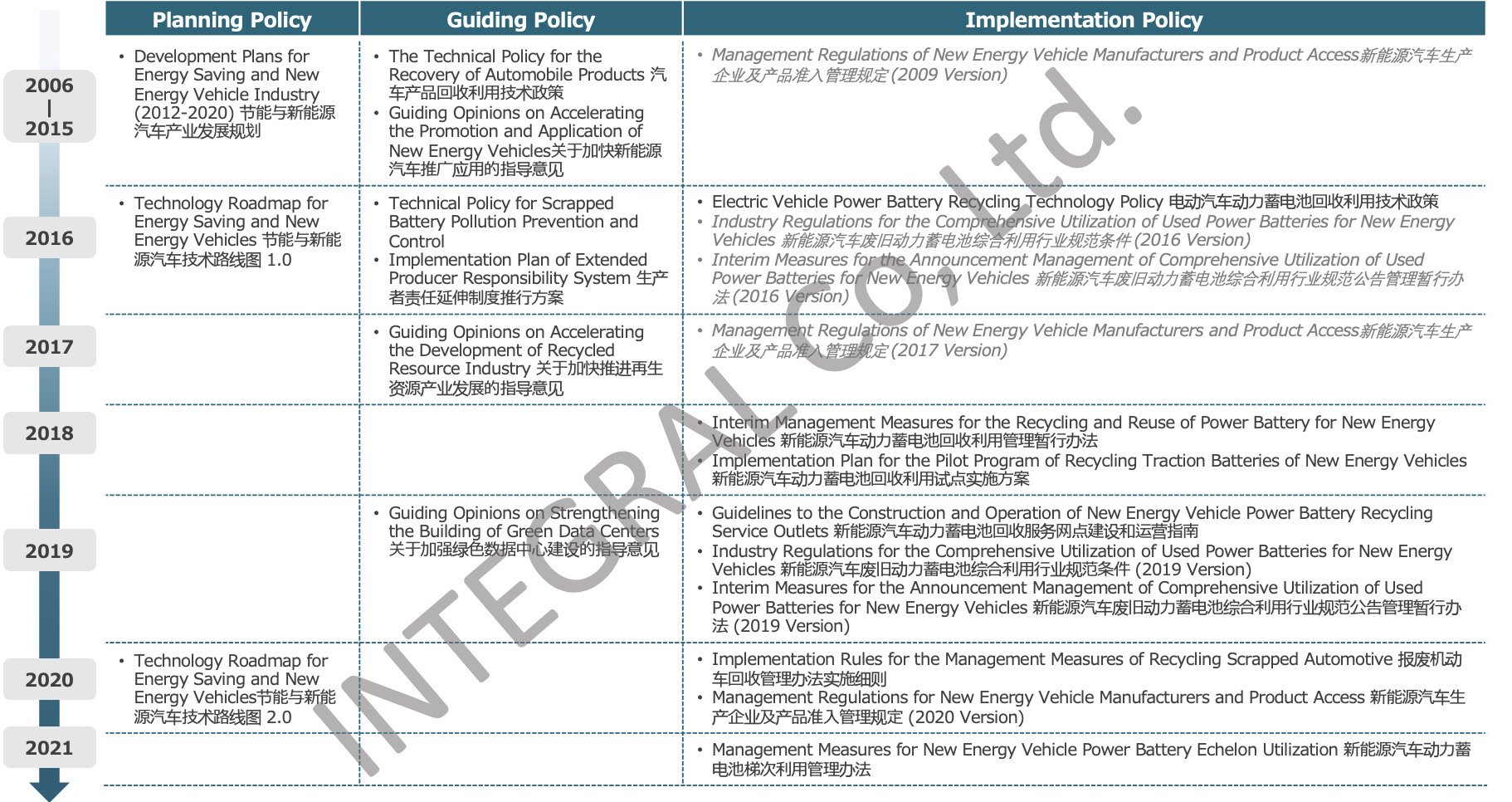 Figure 1. Ministries policy list related to power battery reuse
From different perspectives, these policies provide either guidance or specific implementation instructions for each step along the life cycle of power batteries, including battery design and sales, battery recovery, battery echelon reuse as well as recycling.
For instance, China Society of Automotive Engineers (SAE-China) proposed in “Technology Roadmap for Energy Saving and New Energy Vehicles节能与新能源汽车技术路线图” a technology roadmap for new energy vehicles, covering six major reused technology for retired power battery. This roadmap intended to give a guidance in macro level shows that China will anticipate a low-loss, energy-efficient and intelligent future of power battery market. 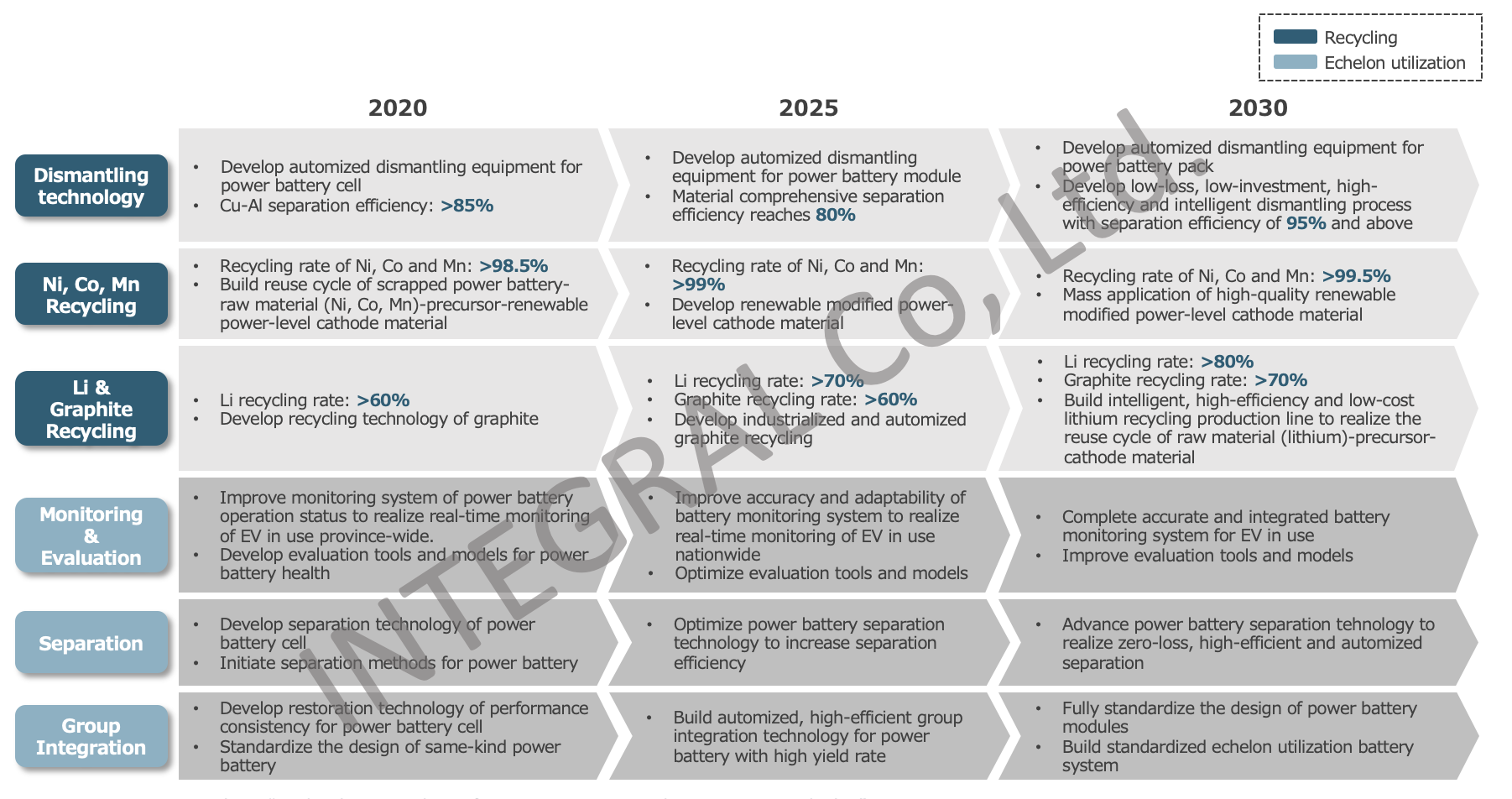 Figure 3. Collection networks initiated by EV manufacturers
As the reuse of power batteries has become more common in the recent years, standardized procedures and safety precautions are slowly becoming an industry norm. Refurbishing EV batteries can put untrained workers at risk of electric shock that can result in serious injury or death. Battery systems may also contain chemicals that can be harmful to human health if released. This is needed to ensure product safety for repurposed EV batteries. In fact, in China, retired batteries are treated by many unofficial underground factories in a simple and rude way: worker without any safety protection; usually only do simple check and resell directly after changing the battery case without and product warranty; or they treat by incineration, crushing, concentrated acid extraction, and direct discharge of waste liquid, causing serious environmental pollution. 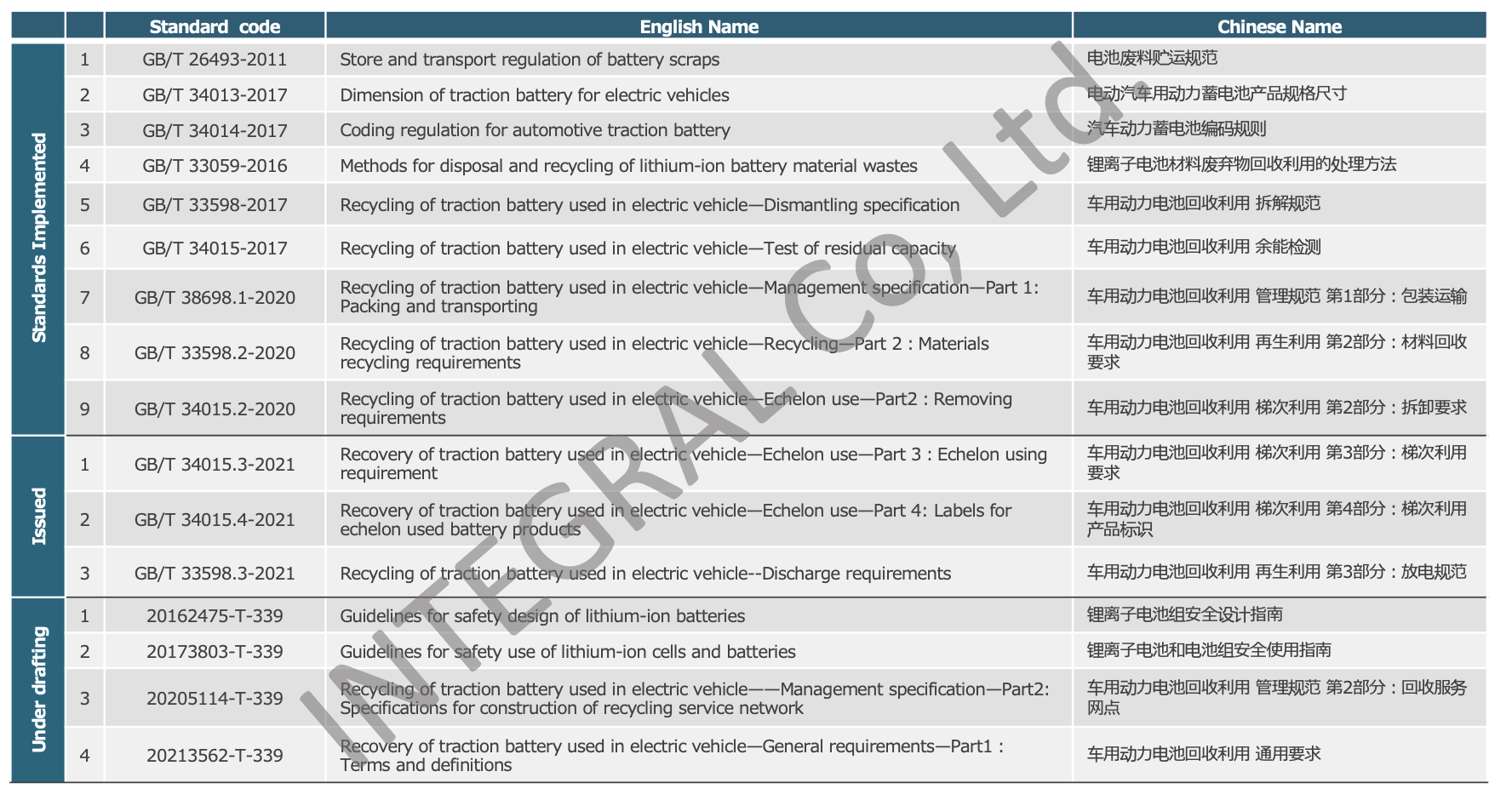 Figure 4. List of standards related to power battery reuse (issued and to be issued)
In order to achieve full commercialization, the standardization of the entire market still has long way to go, for instance: 1) Since retired power batteries are collected with large discrepancy, not all retired batteries can be used for echelon utilization. How to evaluate the status of retired power batteries is an important topic in the industry; 2) how to regulate the collection, storage as well as operation of retired batteries to ensure the safety of the entire process; 3) how and design the clear distinction mark on the product to discern echelon products from new batteries.
Admittedly, current national standard system lacks comprehensiveness. So far, 9 national standards issued cannot standardize all technological specifications related to echelon utilization. As 7 more standards await to be issued or under drafting, we expect that technical standards for echelon utilization of retired batteries will be gradually improved in the future.
3). Policies issued by local governments

Following the central policies, local governments also attach great importance to the recycling of power batteries and formulate a series of detailed policies and subsidies.

In 2018, the state government has appointed 17 local governments and 1 state-owned enterprise (China Tower) to carry out pilot work on power battery recycling and reuse (新能源汽车动力蓄电池回收利用试点工作), possibly due to the following reasons:
1) The Jing-Jin-Ji area, the Yangtze Delta and other 3 pilot provinces/cities cluster the costal area of China, where most consumer markets of electric vehicles are located. The increasing number of power battery retired from EV is expected to create new markets for power battery echelon utilization and recycling locally. The same logic can also be applied to Hubei province.
2) The west China can be a potential power battery reusing industry base thanks to local lithium and non-ferrous metal resources.Moreover, reused power battery can be applied as power storage equipment for local renewable energy power plants.
3) Currently, power battery comprehensive utilization enterprises are majorly located in the Central China, such as Jiangxi, Hunan, Hubei, thanks to local Non-ferrous metal resources and government supports.
4) China Tower can be a leading consumer of reused power battery, because it has an estimated power storage demand of 146 GWh based on current assets. The storage demand is expected to increase by 25 GWh annually as its communication tower infrastructure expands nationwide, plus it needs to replace used battery around every 6 years. 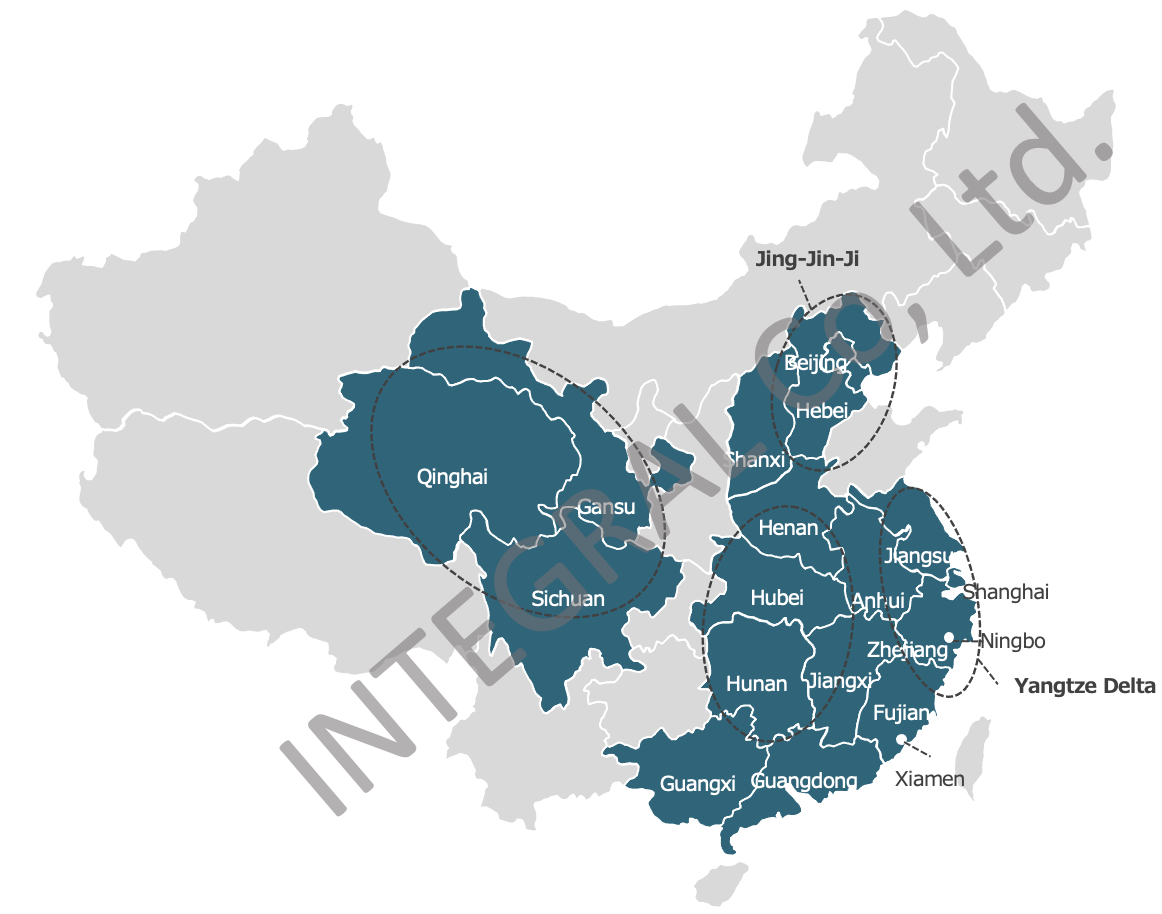 Figure 5. Pilot work on power battery recycling and reuse in China
​
Many provinces and cities are also proactively establishing a comprehensive system of power battery reuse with full-life-cycle monitoring, extended producer responsibility, advanced technologies, innovative business models and initial group or industry standards by 2020, as summarized in the table below. 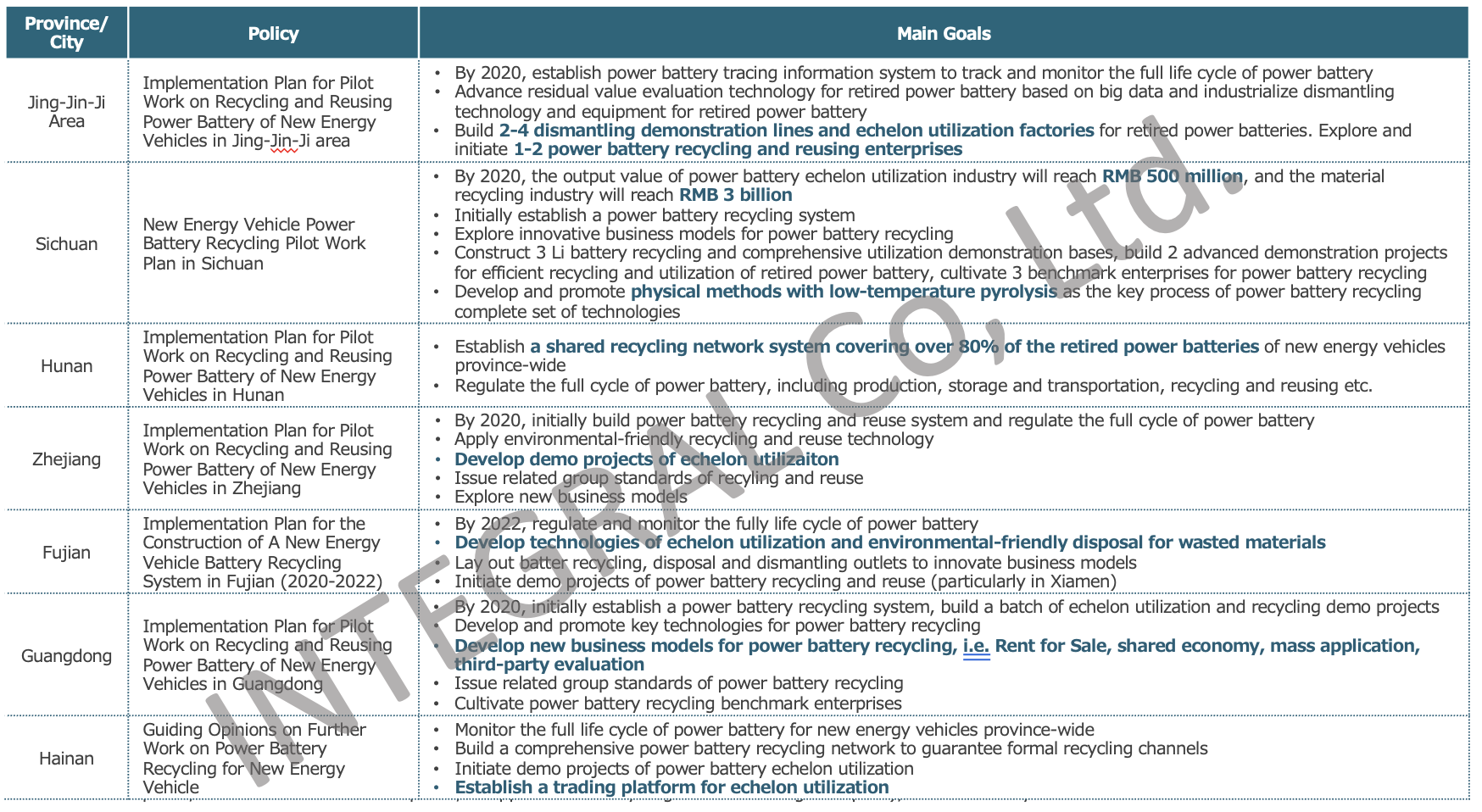 Figure 6. Local government policies supporting power battery recycling and reuse
Conclusion
With more than 30 policies from central to local level have been promulgated, governments have clearly exhibited their positive attitudes for  establishing a healthy business environment for stakeholders along the value chain. ​
Yet still we see the limitations and expect for improvement in the future:
1)Non-compulsory regulations cannot guarantee the compliance of market players. At present, most of the policy documents promulgated in the field of waste battery recycling in China are regulations, administrative regulations of ministries and commissions under the central or local governments, or technical guidance that has no legal effect. The cost of violating the regulation is negligible that the compliance of market players cannot be guaranteed.
2) Insufficient government supports further result in the deviation in policy implementation. Government departments formulate and implement a number of policies for recycling used batteries every year. As far as the policy objective is concerned, it is to raise the threshold for recycling used batteries, forcing market entities to increase capital and R&D investment, increase technological innovation, and improve compliance withenvironmental protection, all of which will add enormous financial burden for the company. Moreover, in the context of non-compulsory regulations, some non-compliant underground workshops will earn use simple and rude means to process waste power batteries through low-cost advantages to earn more profits. Such behavior has discouraged the enthusiasm of formal enterprises and harmed the interests of law-abiding enterprises. Especially in early stage when economic benefits are not obvious, incentives of market entities will be low without proper government support.
3) The current national standard system lacks comprehensiveness. So far, 9 national standards issued cannot standardize all technological specifications related to echelon utilization.
See also bellow relevant articles
1. Sparking a Second Life of Power Battery PART 1. An Overview of Battery Reuse in China
2. Sparking a Second Life of Power Battery PART 3. Technical Aspects of Battery Reuse in China
3. Sparking a Second Life of Power Battery PART 4. Economic Aspects of Battery Reuse in China
4. Sparking a Second Life of Power Battery PART 5. Business Model and Key Players in China
■ Click here for new membership registration.
( Member registration is free. After registration, you can view and download reports in our database)