References：Marius Walters, et al. Fuel cell range extender for battery electric vehicles. IEEE, 2015
Because this type of FCV can drive the engine with the fuel cell alone, the drive battery attached to the engine system is much smaller than the fuel cell. The drive battery uses hybrid vehicle technology, such as recovering energy when decelerating. The technology of this hybrid car is a very innovative technology that originated in Japan. At present, no fuel cell vehicles in China uses this technology.
There are the following issues: If a battery alone is used to drive a normal car as a fuel source, the size of the battery would be huge, so the mileage becomes shorter because the size of the battery is limited in a smaller space of a passenger vehicle. Also, it is difficult to recycle batteries after disposing of a car, which is not eco-friendly. In this context, the hybrid structure of Mirai and Clarity fuel cells and batteries is a great technology which can run the same mileage as gasoline cars in a compact size.
Figure 2: Standard FCV Left: Toyota Miral, Middle: Honda Clarity, Right: Hyundai Motor NEXO

The basic system structure of a plug-in FCEV is similar to a standard FCV. The driving output of a car is mainly fuel cell. However, batteries are somewhat larger than standard FCVs because they serve as an energy source. It can charge electricity from an external power source in a plug-in manner and Fuel cells can be filled with hydrogen from a hydrogen station. For instance, "GLC F-CELL", which was launched in Europe on November 13, this year by Mercedes-Benz, is one of this type. Even if the remaining hydrogen is insufficient, it can be charged at home or at the charging station, so it can be used in environments where there is a shortage of hydrogen stations. Although I personally think that it is inconvenient to separate electric charging and hydrogen filling, there are some demand for this type of FCV in a transitional period. It is expected that it will take some time for hydrogen supply infrastructure, such as hydrogen station, to be fully developed.
Figure 3: Mercedes-Benz GLC F-CELL 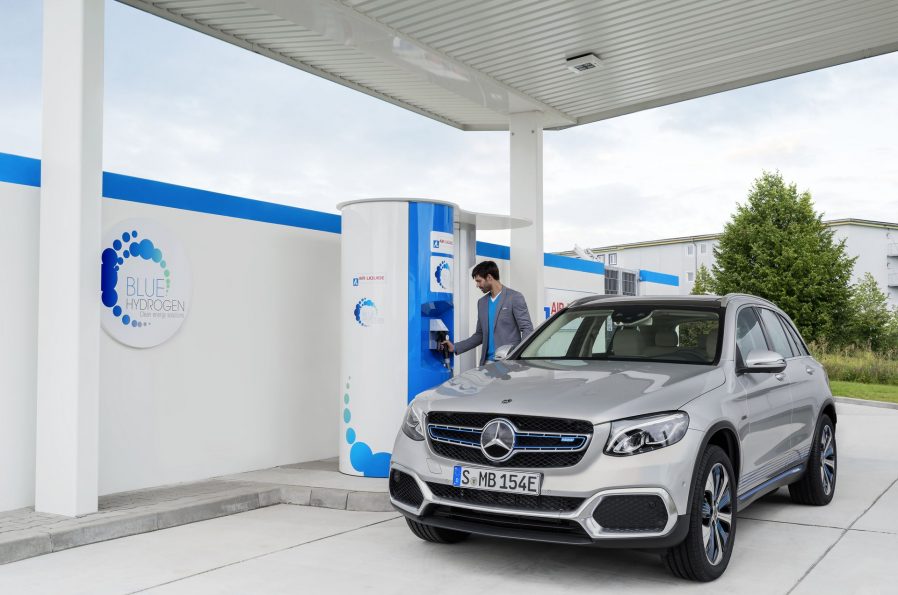 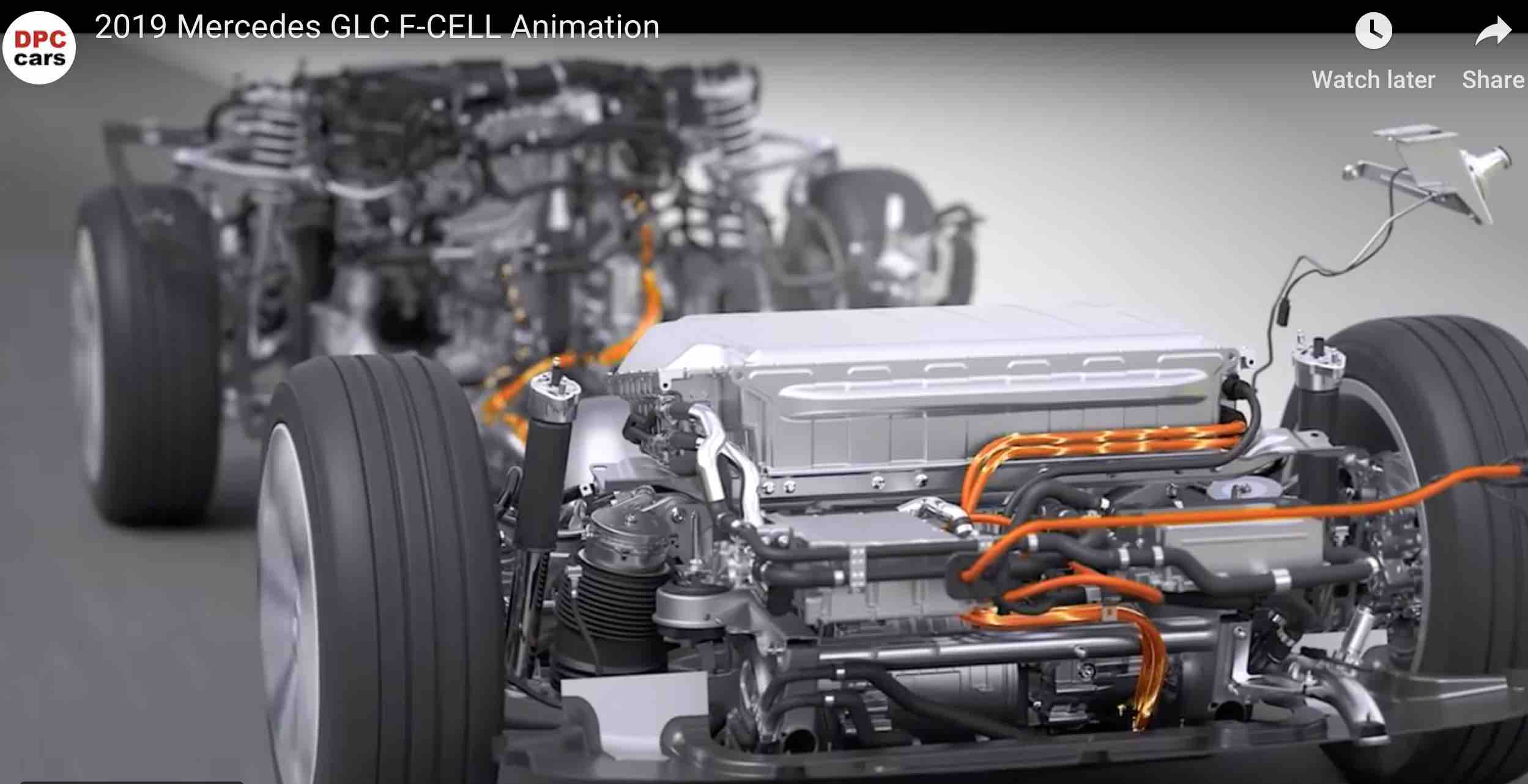 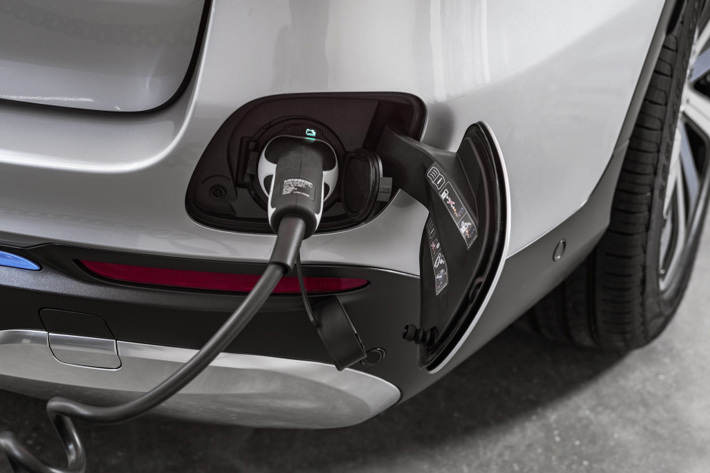 References：https://insideevs.com/mercedes-benz-glc-f-cell-phev/
Then, I’d like to explain the China’s FC Range Extender. Unlike the above two types of FCVs, Range Extender fuel cell vehicles use a battery to drive a car's engine. It is not possible to drive an engine with a fuel cell alone, which makes the size of its battery larger than that of the standard FCV or plug-in type FCEV. On the other hand, its fuel cell is generally a smaller size of 30-50kW. Normally, it is not charged externally like a plug-in, but is refueled with hydrogen filling (it has a charging connection for backup power). In a driving, by using the battery as the main output and fuel cell as a drive assistance and fuel source, it can greatly increase a mileage, which is a weak point of EV. A range extender fuel cell vehicle in China can travel about 300 to 500 km with one hydrogen filling.
Figure 4: FC range extender 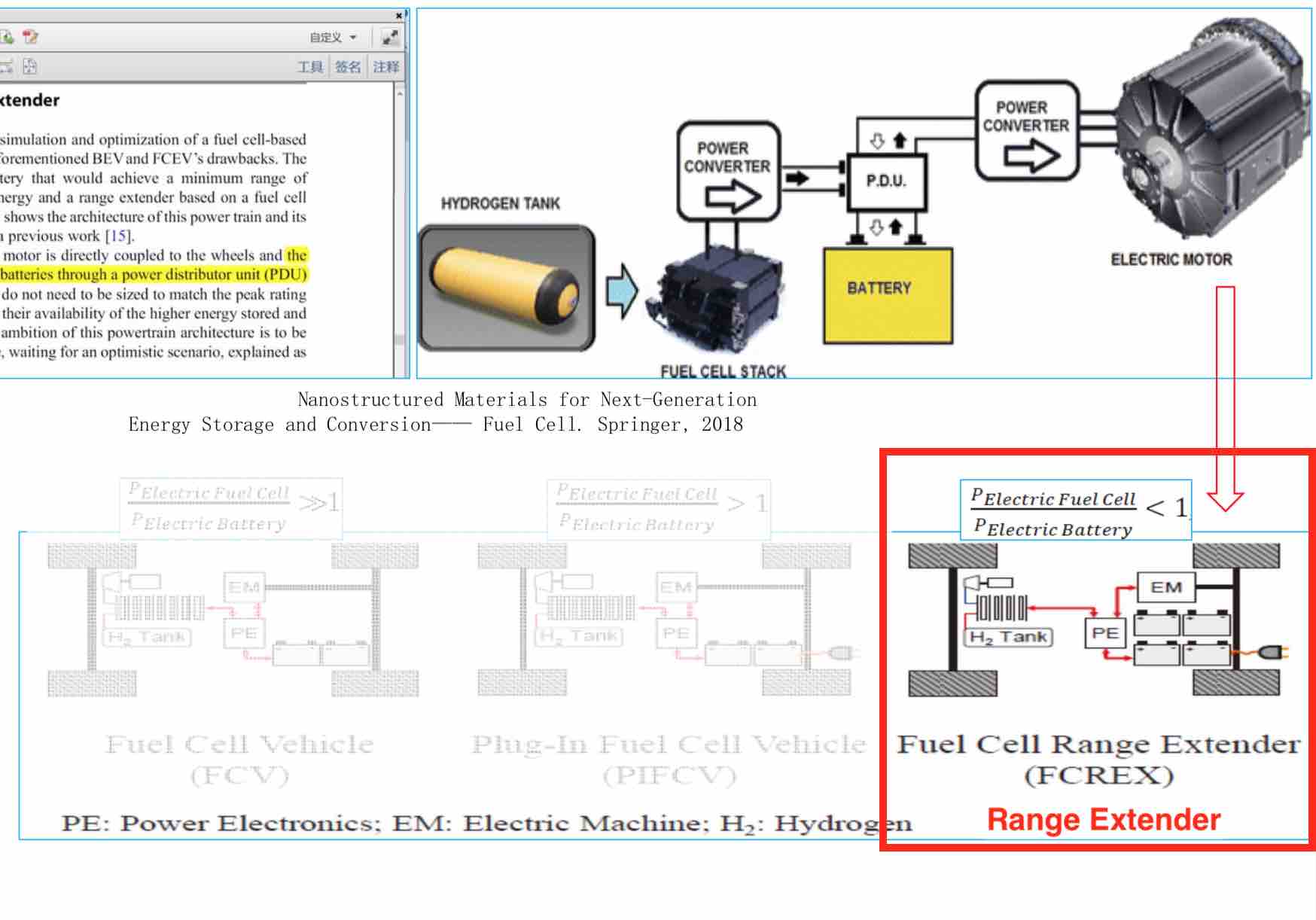 Almost all fuel cell vehicles currently operating in China fall into this type. According to the China Automobile Market Registration Information Search Site, a total of 83 fuel cell vehicles are registered in the New Energy Vehicle Recommended Car List  from July 2015 to June 2018. Almost all of them are a type of fuel cell bus or commercial transport vehicle with range extender. 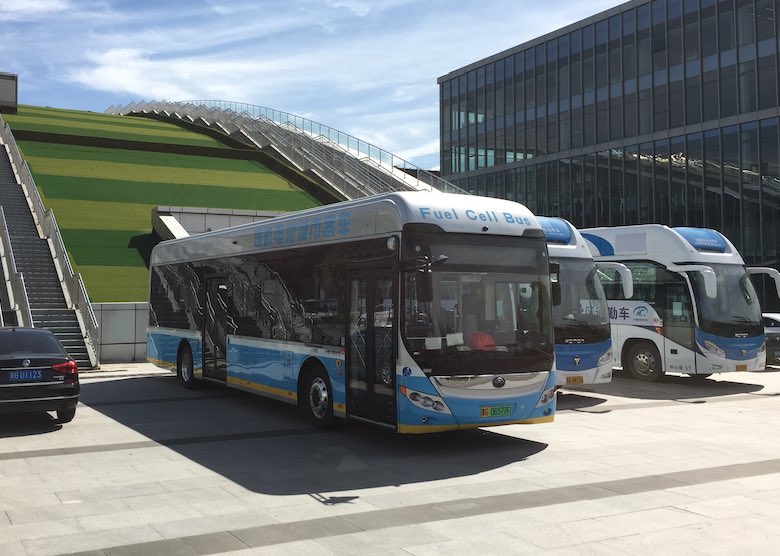 References: INTEGRAL
The greatest advantage of a range extender fuel cell vehicle is that it can greatly extend a mileage simply by incorporating an existing EV vehicle with a FC range extender system. Furthermore, in China, battery costs are lower than in the US, Europe and Japan, and the cost of driving batteries used in 75kW 1.5 ton EV transport vehicles is about 100,000 RMB. Considering that the fuel cell cost of a 30kW 3.5t fuel cell transport vehicle is approximately 400,000 RMB, you can see how much more expensive a fuel cell is compared to a drive battery.
Figure 7: Left: Cost / distance comparison of EV, standard FCV, FC range extender. Right: Features of three classifications.

It is true that there is a theory in China that a range extender FCV is sufficient without standard FCV. I think it makes sense that low cost range extenders are suitable for large vehicles such transport vehicles and buses, whose size itself is large with relatively few restrictions on battery size. However, the drive battery has a shorter life than the fuel cell. In a vehicle such as a commercial vehicle that requires long-distance traveling for a long time, it is necessary to replace the battery during the life of the vehicle. Also, if the battery size is limited as in a passenger car, a standard FCV such as Mirai or Clarity would be ideal.

In any case, in the short to medium term, the development of range extender type FCVs will continue in China in the future. However, as fuel cell vehicles become more popular and fuel cell costs lower, standard Chinese FCVs for passenger cars would also emerge in China.